All Collections
SmartLoop
Managing SmartLoop
Why is SmartLoop publishing so soon after my original Pin?

Why is SmartLoop publishing so soon after my original Pin?

I recently added a pin to SmartLoop but it is posting too close to the original. Why?

Written by Mo Mason
Updated over a week ago

We tried to create SmartLoop to save you time and so you can ensure that your content that gets the most engagement.  SmartLoop can continually re-pin at the best times for engagement and according to Pinterest's best practices.

However, if a pin is added to SmartLoop and to your general queue at the same time, the pins will likely publish very close together which we definitely don’t want.

When you add a Pin to a Loop, we prioritize it to go out in the next timeslot for that Loop. However, SmartLoop is only aware of the pins inside SmartLoop so it, unfortunately, can’t avoid pinning a pin even if it was manually scheduled to your general queue just before.

How do I avoid this?

The only solution to avoid pinning too closely together is to avoid manually scheduling or pinning pins and adding them to SmartLoop at the same time. This way, you don’t have to pause any loops and you don’t have the same content back-to-back.

I added my pin to SmartLoop but it's still showing as a draft!

If you go to your drafts and hover over the pin, a small trashcan icon will appear. You will click on this to delete the pin from your drafts.

As you can see in the second screenshot, you will be prompted to confirm that you want to delete the pin from drafts. 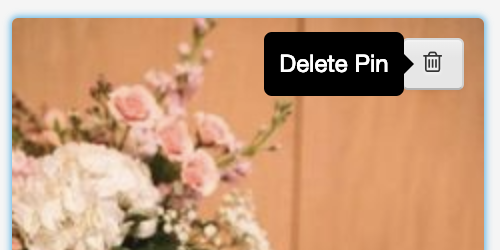 When this pin is deleted from drafts, it will not remove it from your SmartLoop so no worries there! You are now good-to-go and you don't have to stress about your content posting too often.