All Collections
Publishing for Pinterest
Scheduling Pins
How do I schedule my pins for boards with a 1 pin per day rule?

How do I schedule my pins for boards with a 1 pin per day rule?

Written by Mo Mason
Updated over a week ago

There isn't anything specific yet for that kind of rule-based pinning, I'm hoping we'll have something soon for it though.

In the meantime, there are still a few things you can do to help make it a little easier other than combing through your queue each time you schedule something. For instance, utilize Board Lists to create lists of boards that have similar rules, and/or a list of all your group boards. That way you know when you use this list not to use it again until the cycle of pinning to it has completed.

Use the Interval Pin Scheduling feature to organize out your pins to different boards while scheduling instead of after. This way it'll be a little easier to set up each pin and how often it pins and to what board without each pin going to the same board within the same time period. For instance:

Take these 5 pins and 5 boards, I start each interval with 1 day and change the start first day and time for each one to be a little bit later than the next. (Rule: these 5 boards only allow one pin per day) 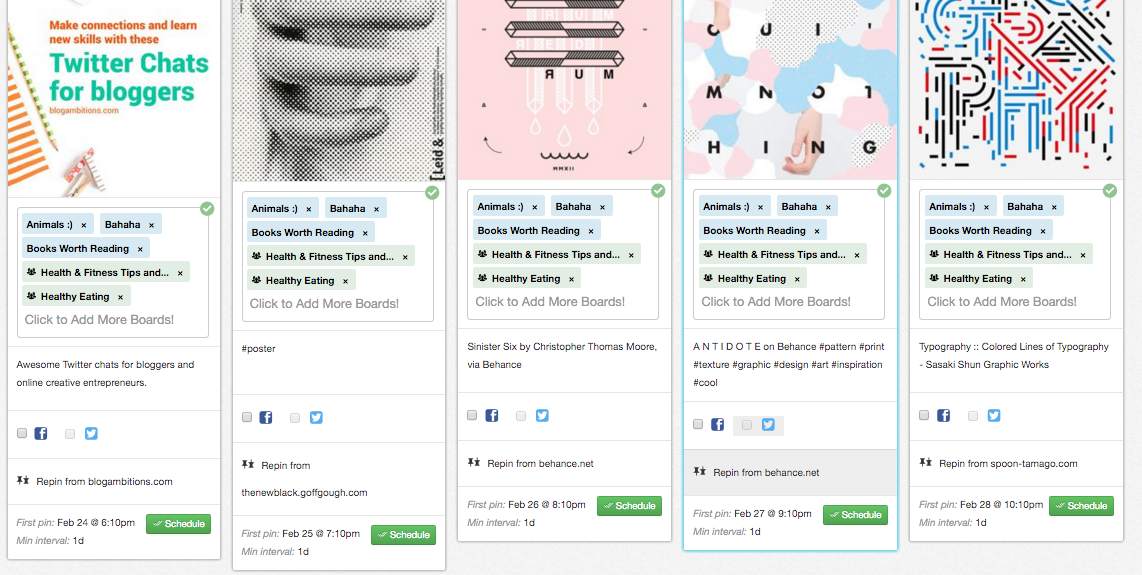 This results in making so that no one pin is pinned more than once per day and no one board is getting more than one pin to it per day. 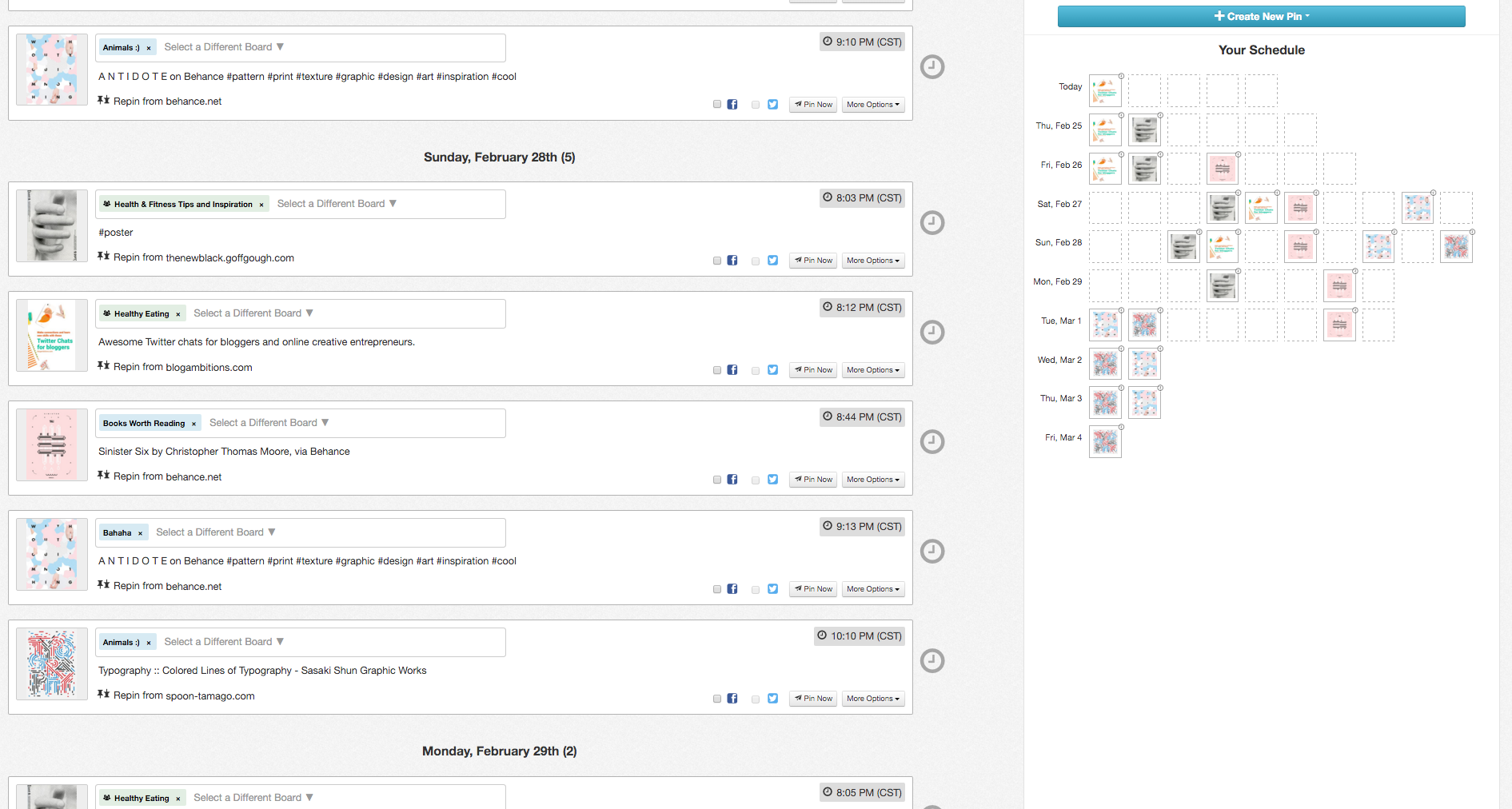 Of course, this is just a smaller scale and you might like to fill in more than just 25 pins.

Another thing to be mindful of, if you have 10 group boards that you want to pin to at least once a day, you'll need at least 10 timeslots. :)